Sin, what is it, really

Are All sins the same, apply the same to all people and what is the process or what do we look for in developing sin in our lives 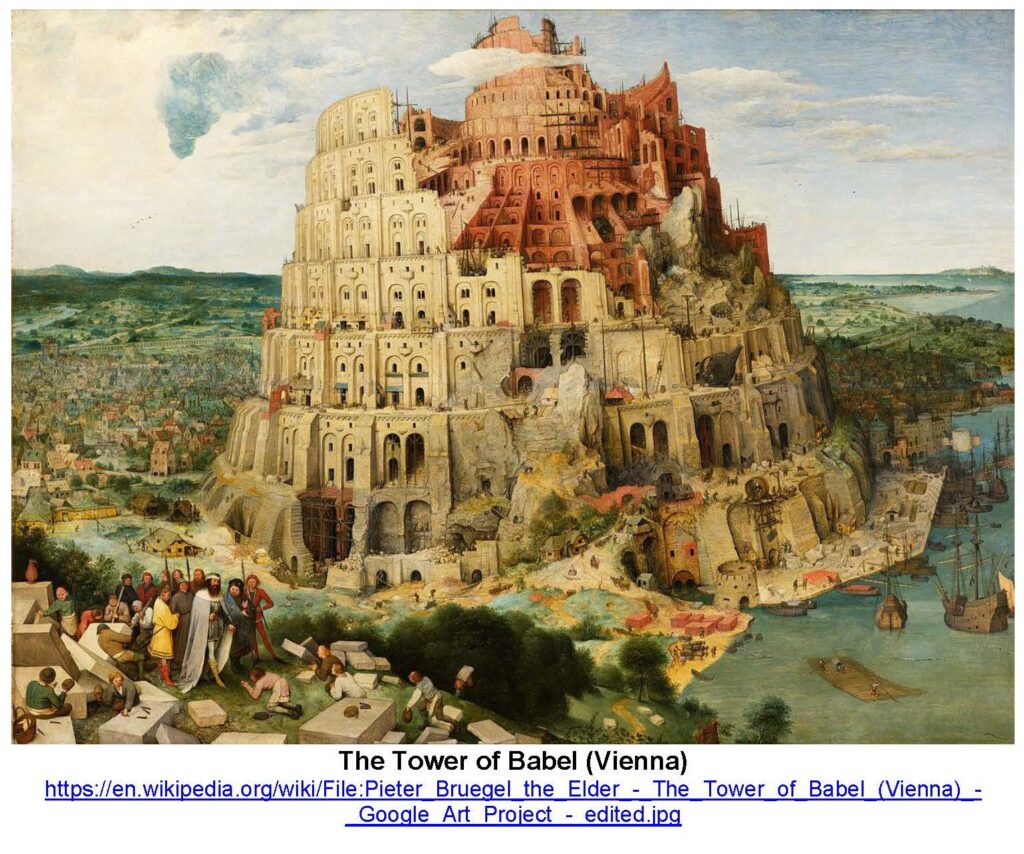 How often does the word sin show up.  120 matches New Testament using NKJV.   Matthew 7 verses, Mark 3 verses, John 13 verses, James 3 verses, Peter 3 verses, 1 JOHN 10 verses, Paul 60 verses and once in Acts.  What missing, Luke did not use sin once in his book.  Interesting.

If you’ve been in the church for very long you’ve probably heard, “All sins are the same!” Well, Yes and no, if we are comparing one sin to another, then the Scriptures makes it clear that not all sins are considered equal by Jesus, but there are some ways they’re equal:

Jesus said in His own words there are greater sins {then lesser sins}.

John 19:11 Jesus answered, “You would have no power over me if it were not given to you from above. Therefore the one who handed me over to you is guilty of a greater sin.“

Jesus also tells us there is one, greatest sin

The Greek word for sin is hamartano which is an archery term meaning “to miss the mark.” All sins are the same in that they’re examples of “missing the mark,” or missing the standard set by God’s Holy, Perfect Law.

1 John 3:4 Everyone who sins breaks the law; in fact, sin is lawlessness.

They’re equal terms of being destructive, an offense to God, and demanding death as a punishment.

Romans 6:23 For the wages of sin is death, but the gift of God is eternal life in Christ Jesus our Lord.

Most importantly: they’re the same in that they condemn us to 2nd death and can only be forgiven through repentance and faith in Jesus.

Matthew 23:23 “Woe to you, teachers of the law and Pharisees, you hypocrites! You give a tenth of your spices—mint, dill and cumin. But you have neglected the more important matters of the law—justice, mercy and faithfulness. You should have practiced the latter, without neglecting the former.

1 John 1:8-10 If we claim to be without sin, we deceive ourselves and the truth is not in us.  (9)  If we confess our sins, he is faithful and just and will forgive us our sins and purify us from all unrighteousness.  (10)  If we claim we have not sinned, we make him out to be a liar and his word is not in us.

John kind of puts a new twist into sin.

1 John 5:18 We know that the person who has been born from God does not go on sinning. Rather, the Son of God protects them, and the evil one cannot harm them.   {Way of Life, following Lord Jesus “Way of Life”}

John tells us from verses 19-21, we, you and me, know we are children of God, and we know the whole world is under the control of the evil one.

We understand from the Father that His Son Jesus, Messiah is the true God and eternal life.  John final remarks are to keep ourselves from idols.

James 4:17 Therefore, to him who knows to do good and does not do it, to him it is sin.

Basically, there are three different kinds of sin.

Romans 5:12 Therefore, just as sin entered the world through one man, and death through sin, and in this why, death came to all people, because all sinned

Because Adam sin, so all of us will die once.

Romans 5:13 For until the law sin was in the world, but sin is not charged against anyone’s account when there is no law.

After the Law was given, sins committed in violation of the Law are accounted (imputed or charged).

There are Differences in sin, some examples from Book of Exodus

Some merit worse punishments than others:

Death Penalty for sacrifice to any false god:  Exodus 22:20

Bitterness has “a root” and can negatively affect many others:

Hebrews 12:15 looking carefully lest anyone fall short of the grace of God; lest any root of bitterness springing up cause trouble, and by this many become defiled;

Murder is described as a sin that pollutes the land, and the blood of the victim calls out for vengeance:

Numbers 35:33 So you shall not pollute the land where you are; for blood defiles the land, and no atonement can be made for the land, for the blood that is shed on it, except by the blood of him who shed it.

We know there are seven sins God hates:

While all sin is offensive to God, the fact that the above sins are listed reveals they’re different from those not listed.

Paul tells us about Works of the flesh is serious sins

Galatians 5:19 Now the works of the flesh are evident {or obvious}, which are: adultery, fornication, {physically or morally} uncleanness, {filthy} lewdness,

Paul said those who live like this….Remember, God can forgive these types of sins, upon repentance.

Grace and Mercy, Jesus came to save us from our sins

Hebrews 4:16 Let us then approach God’s throne of grace with confidence, so that we may receive mercy and find grace to help us in our time of need.   {we all need this}

Grace and mercy. Mercy and grace. Two terms that are often used interchangeably. They go hand-in-hand, but there is indeed a difference.

Mercy is not getting what you do deserve. Showing compassion.

Grace, is getting something you don’t deserve.  Given favor or gift.

Jesus through His death, His blood and resurrection, did this for all mankind.  No matter what we do in our own power and effort, we cannot change that fact we deserve death because of our sins.

Mark 4:11 And He said to them, “To you it has been given to know the mystery of the kingdom of God; but to those who are outside, all things come in parables,

2 Corinthians 6:15 And what accord has Christ with Belial {Satan}? Or what part has a believer with an unbeliever?   {Holy Spirit and Spirit in man}

We who has the Holy Spirit has already been judge and been given grace and mercy.  We are now being judge for our future rewards.  Bema Seat.

1 Corinthians 3:10-11 By the grace God has given me, I laid a foundation as a wise builder, and someone else is building on it. But each one should build with care.  (11)  For no one can lay any foundation other than the one already laid, which is Jesus Christ.  {Paul talking to Saints}

1 Corinthians 3:12-13 If anyone builds on this foundation using gold, silver, costly stones, wood, hay, or straw, (13) their work will be shown for what it is, because the Day will bring it to light. It will be revealed with fire, and the fire will test the quality of each person’s work.  {things we do in life _ some examples}

1 Corinthians 3:14-15 If what has been built survives, the builder will receive a reward.  (15)  If it is burned up, the builder will suffer loss but yet will be saved; even though only as one escaping through the flames.

So what are our lives really like.  So what do we do to build on gold, silver or stone.  A kind word to someone, family or stranger.  Is watching TV building with wood, hay or straw?  How do we build character while driving a car.

The 2nd judgment is of unbelievers, people that have the spirit in man, will be judged at the great White Throne Judgment.

Have you thought about how we come to sin

James 1:13 Let no one say when he is tempted, “I am tempted by God”; for God cannot be tempted by evil, nor does He Himself tempt anyone.

Notice the Father or Lord Jesus does not tempt anyone with evil, they allows trials on us in order not to make us worse, but to make us better.

James 1:14 But each one is tempted when he is drawn away by his own desires {or lusts} and enticed {entrapped}.

Sin does not force itself on the unwilling, but is chosen because of its attractions

James 1:15 Then, when desire has conceived, it gives birth to sin; and sin, when it is full-grown, brings forth death.  {1st physical death}

Conceived suggests the image of a person’s will bending toward and finally seizing or falling for the evil.

Full-grown suggests bringing a goal to completion. The idea here is that sin has reached its maturity and has possessed the very character of the individual

Basically, the person admits and receives it, and cherishes it in their mind; they dally and plays with it and dwells upon it in their thoughts, and hides it under their tongue, and in their heart, as a sweet morsel, and do not forsake, but contrives ways and means how to bring it about; and this is lust’s conceiving.

James 1:16 Do not be deceived, my beloved brethren.

James is telling the Saints not to be deceived by this, about the Father and Lord Jesus tempting anyone.

Overall, James is telling us when desires {or lusts} has conceived. The course of sin is described as that of a birth.

Notice there is 4 parts to how sin comes about.

Proverbs 7:6-7 For at the window of my house I looked through my lattice,  (7)  And saw among the simple, I perceived among the youths, A young man devoid of understanding,  {young man, no wisdom}

Proverbs 7:8-9 Passing along the street near her corner; And he took the path to her house (9)  In the twilight, in the evening, In the black and dark night.  {he knew what he was looking for and she was waiting for him}

Proverbs 7:10-11 And there a woman met him, With the attire of a harlot, and a crafty heart. (11) She was loud and rebellious, Her feet would not stay at home. {something is common with her}

Proverbs 7:12-13 At times she was outside, at times in the open square, Lurking at every corner. (13) So she caught him and kissed him; With an impudent face she said to him:  {she was looking all over for him}

Proverbs 7:16-17 I have spread my bed with tapestry, Colored coverings of Egyptian linen.  (17)  I have perfumed my bed with myrrh, aloes, and cinnamon.  {she has her bedroom ready for the young man}

Proverbs 7:18-19 Come, let us take our fill of love until morning; Let us delight ourselves with love.  (19)  For my husband is not at home; He has gone on a long journey;  {she married, husband is gone}

Proverbs 7:20 He has taken a bag of money with him, and will come home on the appointed day.”

Proverbs 7:21 With her enticing speech she caused him to yield, With her flattering lips she seduced him. {young man had no chance against her}

Proverbs 7:22-23 Immediately he went after her, as an ox goes to the slaughter, Or as a fool to the correction of the stocks {fit for a trap}, (23) Till an arrow struck his liver. As a bird hastens to the snare, He did not know it would cost his life.  {Notice young man is unaware of his fate}

Proverbs 7:24-25 Now therefore, listen to me, my children; Pay attention to the words of my mouth: (25) Do not let your heart turn aside to her ways, Do not stray into her paths; {Proverbs tells the man not to do it}

Proverbs 7:26-27 For she has cast down many wounded, And all who were slain by her were strong men.  (27)  Her house is the way to hell, Descending to the chambers of death. {men do not think it will affect them}

To counter this procedure or action of sin, we are told by the Apostle Paul, what?

We are told this is what we need to do, especially in prayer.