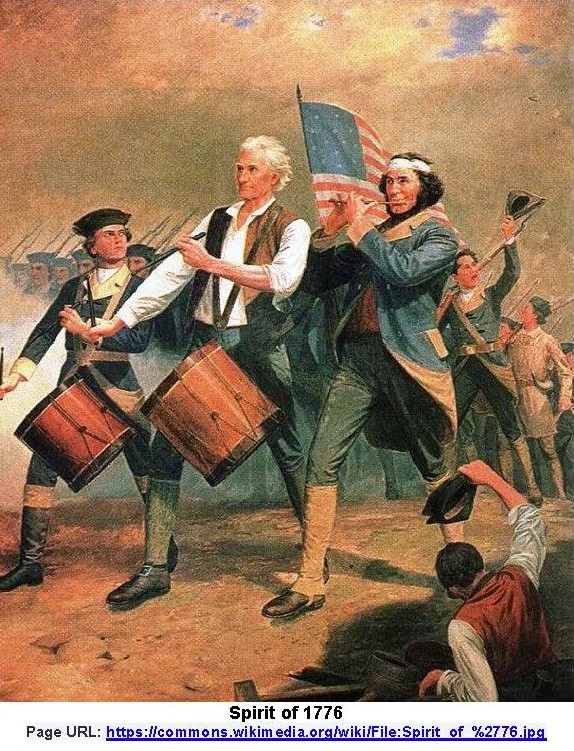 1 Peter 2:15-16 For it is God’s will that by doing right you should silence the ignorant talk of foolish people. (16) Live like free people, and do not use your freedom as an excuse for doing evil. Instead, be God’s servants.

Our nation became free, the Freedom from the British Empire rule.

My family tradition each year, when I was growing up, we would get together (my uncles and their families) and go out to Horseshoe Lake, have a big time picnic. swim and cook out.  Do sparklers and watch fireworks that night.  Do you have any traditions you would like to share.

The Continental Congress declared that the thirteen American colonies regarded themselves as a new nation, the United States of America, and were no longer part of the British Empire.

What do we do on the 4th, but fireworks, parades, barbecues, carnivals, fairs, picnics, concerts, baseball games, family reunions, and political speeches and ceremonies, in addition to various other public and private events celebrating our history, government, and traditions of the United States.  Notice, we do not hear much about church.

We, in our group, know that freedom isn’t free? Someone had to pay the price for us to have the freedom that we enjoy. There are some of us who have helped to pay that price and served in the arm forces for our country, example, the Marines or Air Force and all of the Arm Forces. We have family members who have fought in past wars and some may have been wounded and or paid the ultimate price, died for our freedom and our nation.

Galatians 5:1 Jesus has set us free so that we may enjoy the benefits of freedom. So keep on standing firm in it, and stop putting yourselves under the yoke of slavery again.

My father, Cleo Simoneau, was the last GI killed in battle with General Patton command at the end of WW2. https://www.seachord.org

Yes, we have a lot of freedom here in the United States, but the greatest freedom that we have is the freedom that we have in Jesus. The Bible teaches that the penalty for sin is death, but you and I have been set free from this penalty of death. We have been set free because Jesus died on the cross and paid the penalty for our sins.  Our freedom from the second death wasn’t free, Jesus paid the price.

Have you looked at the flag of the United States of America lately?  As you know, our flag is red, white, and blue.  Have you ever stopped to think what those colors mean?

Red:  Red stands for courage.  Many men and women have had the courage to stand up and fight for our country.  They have defended our country against our enemies and many have died in the service of our country.

White:  White stands for purity.  Purity means to do what is right.  We hope and pray that our country will always stand for what is right.

Blue:  Blue stands for justice.  When we pledge allegiance to the flag, we end with the words: “under God” and “With liberty and justice for all.”  That means that in our country, everyone should be treated fairly and with respect.

Red reminds me of Jesus’ blood that was shed when he died on the cross for my sin.  That is very important, because the Bible says, “Without the shedding of blood there is no forgiveness.”

Hebrews 9:22 And according to the law almost all things are purified with blood, and without shedding of blood there is no remission.

White reminds me that when I repented of my sins and Jesus washes me and I become as “white as snow.”

The Bible says, “You were washed, you were sanctified, you were justified in the name of the Lord Jesus Christ.”

Blue reminds me of God’s faithfulness.  The Bible tells me that “If we confess our sins, he is faithful and just and will forgive us our sins and make us clean.”  God is faithful to keep His promises.

1 John 1:9 If we confess our sins, He is faithful and just to forgive us our sins and to cleanse us from all unrighteousness.

We know that where there is freedom to obey, there is also freedom to disobey.  God has given “names” or certain “truths” to certain things, example, sin is sin; obedience is obedience, truth is truth from His Word. If we try to alter these things in His Word, we move into a world of illusion and lose touch with reality.  This is where many people are living today and do not believe what Jesus says in His Word, the Bible.  (Blinded)

If we choose to change things of certain truths, then we will be living in the world of illusion and substitutes.

John 17:3 And this is eternal life, that they may know You, the only true God, and Jesus Christ whom You have sent.

1 John 5:20 And we know that the Son of God has come and has given us an understanding, that we may know Him who is true; and we are in Him who is true, in His Son Jesus Christ. This is the true God and eternal life.

Christian freedom is not license to sin or do what we want; but the liberty to do what we are supposed to do.

We had some very important warnings from our founding Fathers.

How many times have we heard from the elites, our founding Fathers were not Christians.  Fake news.

We know that we have the freedom to choose our own destiny. The framers of the American Constitution reﬂect a profound understanding of this:  “We hold these truths to be self-evident.”

Two of the biggest problems in America: number one is ignorance and number two are apathy. People don’t know and they don’t care. And we have people on both coasts of United States today who think, ”Well you’re not supposed to be patriotic or Christian. Somehow everything’s just supposed to be one world. Somehow these individuals are anti patriotic, anti-flag and against people who are of Christian faith.

May I ask, were America’s Origins Truly Christian?  What did our founding Fathers say or wrote about Christianity and our nation?

Patrick Henry wrote:  It cannot be emphasized too strongly or too often that this great nation was founded, not by religionists, but by Christians, not on religions, but on the gospel of Jesus Christ!

George Washington from his Farewell Address to the Nation:  Do not let anyone claim the tribute of American patriotism if they ever attempt to remove religion from politics.

First Amendment:  Congress shall make no law respecting an establishment of religion or prohibiting the free exercise thereof.

Thomas Jefferson, President of the United States January 1, 1802 in an address to the Danbury Baptists:  The First Amendment has erected a wall of separation between church and state, but that wall is a one directional wall; it keeps the government from running the church, but it makes sure that Christian principles will always stay in government.

George Washington:  Reason and experience both forbid us to expect that national morality can prevail in exclusion of religious principle.

John Adams:  We have no government armed with power capable of contending with human passions unbridled by morality and religion. Our Constitution was made only for a moral and religious people…it is wholly inadequate to the government of any other.

Or Why Ethan Allen demanded the surrender of the British at Fort Ticonderoga “in the name of the Great Jehovah and the Continental Congress.”

Why John Adams said American independence had as much to do with religion as with “taxation without representation.”

Why Thomas Jefferson and Benjamin Franklin wanted a scene out of the book of Exodus as the national seal.

What do the Scriptures say about our freedom or liberty?

Isaiah 61:1 “The Spirit of the LORD is upon me, because the LORD has anointed me; he has sent me to bring good news to the oppressed and to bind up the brokenhearted, to proclaim freedom for the captives, and release from darkness for the prisoners;

Romans 8:21 that the creation itself would also be set free from corrupting bondage in order to share the glorious freedom of God’s children.

Galatians 2:4 However, false brothers were secretly brought in. They slipped in to spy on the freedom we have in the Messiah Jesus so that they might enslave us.

Galatians 5:1 The Messiah has set us free so that we may enjoy the benefits of freedom. So keep on standing firm in it, and stop putting yourselves under the yoke of slavery again.

Galatians 5:13 For you, brothers, were called to freedom. Only do not turn your freedom into an opportunity to gratify your flesh, but through love make it your habit to serve one another.

1 Peter 2:16 Live like free people, and do not use your freedom as an excuse for doing evil. Instead, be God’s servants.

2 Peter 2:19 Promising them freedom, they themselves are slaves to depravity, for a person is a slave to whatever conquers him.

James 1:25 But the one who looks at the perfect law of freedom and remains committed to it–thereby demonstrating that he is not a forgetful hearer but a doer of what that law requires–will be blessed in what he does.

One of the most important things is The Freedom of Forgiveness

When we forgive someone who did something against us or our family, we are given the power to forgive them; forgiveness is not for them, but for us.  This is how the root of bitterness starts, small and will grow if we do not ask forgiveness.

We have freedom in Jesus, it depends on how we use it.

Deuteronomy 30:15-20 “Look, today I have set before you life and what is good, along with death and what is evil.  (16)  That’s why I’m commanding you today to love the LORD your God by walking in his ways and by observing his commands, statutes, and ordinances, so that you may live long, increase, and so that the LORD your God may bless you in the land that you are about to enter to possess.

(17)  “But if you turn your heart away, and do not obey, but instead if you stray away to worship and serve other gods,  (18)  I’m declaring to you today that you will surely be destroyed. You won’t live long in the land that you are crossing the Jordan River to enter and possess.  (19)  “I call heaven and earth to testify against you today! I’ve set life and death before you today: both blessings and curses. Choose life, that it may be well with you—you and your children.

(20)  Love the LORD your God, obey his voice, and cling to him, because he is your life—even your long life—so that you may live in the land that the LORD promised to give Abraham, Isaac, and Jacob.”

God is telling us “I’ve set life and death before you today, Choose life”

It is our choice, how we chose, Jesus is encouraging us to

Choose life and have the Freedom and Liberty in Him.