Question that is being asked, Can this man be the Messiah

Jesus is teaching from the Temple 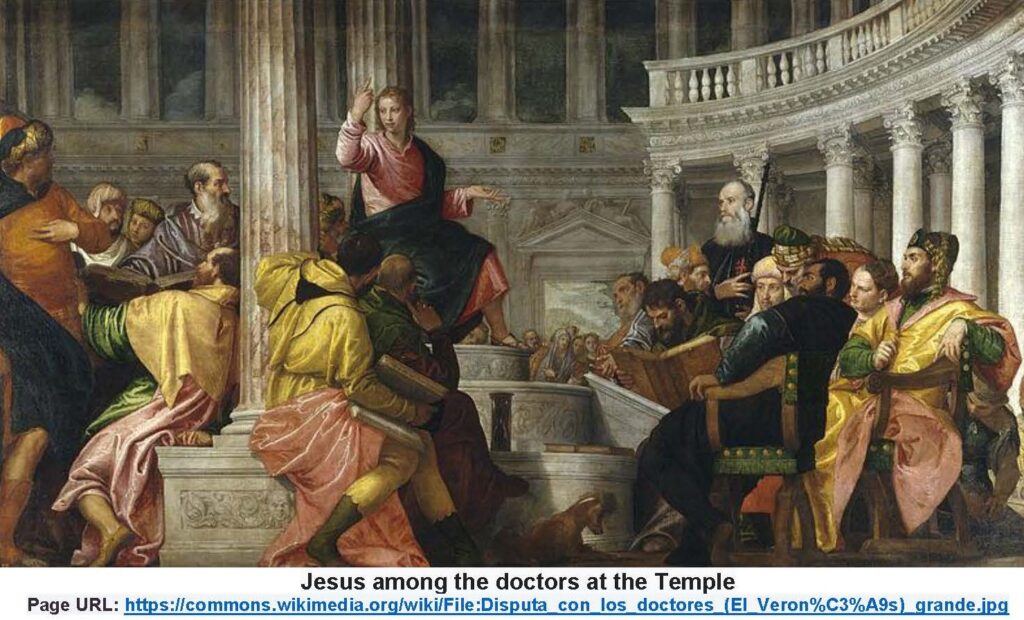 Only the Apostle John covers this happening at the Temple.

John 7:25 Then some of the people of Jerusalem began saying, “This is the man they are trying to kill, isn’t it?

Residents of the city of Jerusalem understood the purposes of the rulers,  (vs. visitors were ignorant what was going on).

John 7:26 But look! He speaks boldly, and they say nothing to Him. Do the rulers know indeed that this is truly the Christ?

Wondering why Jewish Leadership letting Jesus teach openly and boldly, not contradict him or forbid him from speaking.  Is He truly the Messiah.

John 7:27 However, we know where this Man is from; but when the Christ comes, no one knows where He is from.”

This seems to refer to some current opinion that Messiah’s origin would be mysterious, from which they concluded that Jesus could not be He, since they knew all about His family at Nazareth.

The Jewish Leaders admission that the Messiah was to be supernaturally born: of a virgin!  And would come from Bethlehem {Micah 5:2}

Jesus shouted and reminded the leaders that they knew His origin. Their problem was that they did not know God, who sent Jesus. He explained to them that 1} He knew God, 2} He was from God, and 3} He was sent by God

**Hebrews 5:5 In the same way, the Messiah did not take upon himself the glory of being a high priest. No, it was God who said to him, “You are my Son. Today I have become your Father.”

John 7:30 Then they tried to seize him, but no one laid a hand on him because his hour had not yet come.

The leaders {mob} try to seize Jesus because many believed in Him.

John 7:31 However, many in the crowd believed in him, saying, “When the Messiah comes, he won’t do more signs than this man has done, will he?”

In contrast to the leaders, many of the Jewish people believed because of the miracles Jesus performed

John 7:32 The Pharisees heard the crowd debating these things about him, so the high priests and the Pharisees sent officers to arrest Jesus.

John 7:33 Then Jesus said, “I will be with you only a little while longer, and then I am going back to the one who sent me.

Jesus foretells His death and then return to heaven and sit at the right hand of the Father.

The Jews did not understand these plain words. Jesus in Heaven. Not while on earth or after life is over, if you die in your sins.

John 7:35 The Jews said to one another, “Where does this man intend to go that we cannot find him? Will he go where our people live scattered among the Greeks, and teach the Greeks?

John 7:36 What does this statement mean that he said, ‘You will look for me but will not find me,’ and ‘Where I will be, you cannot come’?”

The Jews still did not understand what Jesus said

Jesus talks about the Rivers of Living Water

John 7:37 On the last and most important day of the festival, Jesus stood up and shouted, “If anyone is thirsty, let him come to me and drink!

Probably the eighth day, possibly the seventh. The eighth was a day of holy rest added to the seven days of the feast.

On the last day of the feast, the 7th or 8th day, the people marched seven times around the altar in memory of the seven circuits around the walls of Jericho

It is thought that it was when this water was poured out that Jesus shouted; and pointed to the living water: “If anyone is thirsty, let him come to me and drink!”

On this day likewise they remember God’s miracle of giving water out of the rock, and offered up solemn prayers for season rains.

John 7:38 The one who believes in me, as the Scripture has said, will have rivers of living water flowing from his heart.”

Seven days in booths; the 8th day—the Great Day—the special Sabbath, is when Jesus made His first announcement of the coming of the Holy Spirit.

John 7:39 By this he meant the Spirit, whom those who believed in him were later to receive. Up to that time the Spirit had not been given, since Jesus had not yet been glorified.

The coming of the Holy Spirit on Pentecost assures us that Jesus had arrived back at the Father’s throne.

There is a Division Among the People

These individuals thought Jesus was from Galilee

John 7:42 Doesn’t the Scripture say that the Messiah is from David’s family and from Bethlehem, the village where David lived?”

John 7:43 So there was a division in the crowd because of him.

They knew the Scripture, but they did not take the time to know Jesus.

John 7:44 Some of them were wanting to seize him, but no one laid hands on him.

Some of the people would on their own responsibility wished they would carry Jesus before the Sanhedrin.

John 7:45-46 Then the officers returned to the high priests and Pharisees, who asked them, “Why didn’t you bring him?” (46) The officers answered, “No man ever spoke like that!”

John 7:50-51 One of their own, Nicodemus (the man who had previously met with Jesus), asked them, (51) “Surely our Law does not condemn a person without first hearing from him and finding out what he is doing, does it?”

“Nicodemus”: It has been a year and a half since John Chapter 3:

John 7:52 They answered him, “You aren’t from Galilee, too, are you? Search and see that no prophet comes from Galilee.”

Nicodemus tries to reason with the Jewish leaders, made a plea for justice, but his plea was rejected.

John 7:53 Then each of them went to their own home.

Now, the Feast of Tabernacles being now over.