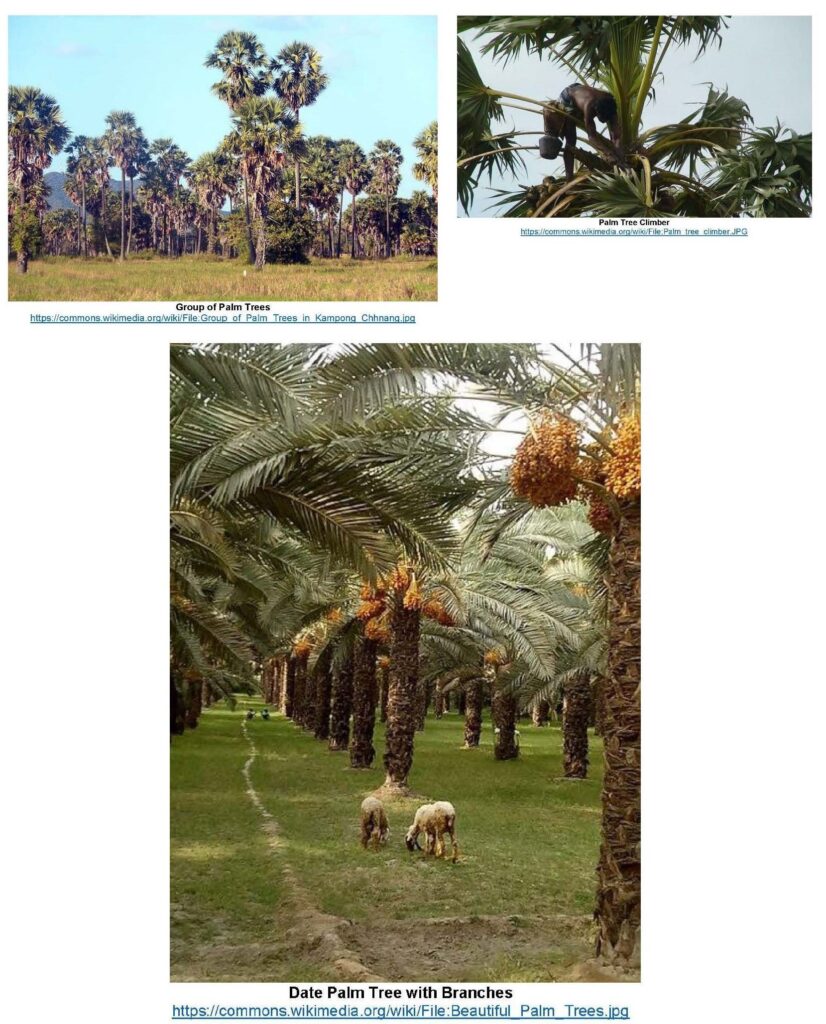 When we read the Scriptures, have wonder why something happens or what cause this or that. We will see some of these things today.

Mary Anoints Jesus at Bethany, about 2 miles from Jerusalem

John 12:1 Six days before the Passover, Jesus arrived in Bethany, where Lazarus lived, the man whom Jesus had raised from the dead.

John gave a time marker, telling us that this was the last week before the death and burial of Jesus.

Almost one-half of John’s Gospel is given to this last week.

Jesus and the disciples just arrived at Bethany from city of Ephraim.

John 11:54 As a result, Jesus no longer walked openly among the Jews. Instead, he went from there to a town called Ephraim in the region near the wilderness. There he remained with his disciples.

Mark 14:3 While Jesus was in Bethany sitting at the table in the home of Simon the leper, a woman arrived with an alabaster jar of very expensive perfume made from pure nard. She broke open the jar and poured the perfume on his head.

Triumphal Entry, On the 10th of Nisan. Jesus was presented for approval for four days of inspection.

On the 10th of Nisan: lambs presented for approval for four days of inspection (Ex 12:3-6).

Exodus 12:3 Tell the entire congregation of Israel, ‘On the tenth of this month they’re each to take a lamb for themselves, according to their ancestors’ households, one lamb for each household.

Exodus 12:6 It is to remain under your care until the fourteenth day of this month, and then the entire assembly of the congregation of Israel is to slaughter it at twilight.

John 12:2 There they gave a dinner for him {Jesus or Lazarus}. Martha served, and Lazarus was one of those at the table with him.

What a dinner party that must have been!! …imagine…  Notice at someone else home, Martha was always busy and serving others and Mary was at Jesus feet.

Is Jesus siting between two He probably has healed, Lazarus, who was guest and not the host, and Simon.

John 12:3 Mary took a pound of very expensive perfume made of pure nard and anointed Jesus’ feet. She wiped his feet with her hair, and the house became filled with the fragrance of the perfume.

Mary wiped Jesus’ feet with her hair: It was considered a disgrace for a woman to appear in public with her hair unbound, something a Jewish woman would rarely do, but it is very good example in the Scriptures of “pure worship.”

Mary also poured the perfume on Jesus head in Mark 14:3.

John 12:4 But Judas Iscariot, one of his disciples, who was going to betray him, asked,

Mary followed the custom of that time, to anoint the heads of guests. Anointing Jesus’ head was an act of honor; anointing His feet was a display of devotion.

Judas broke the embarrassed silence with his sharp sense of financial values – but no appreciation of what God valued.

This is horrible example in Judas of a mind blinded with covetousness, and yet pretending wanting to do good.

John 12:6 This he said, not that he cared for the poor, but because he was a thief, and had the money box; and he used to take what was put in it.

Interesting, it seems the disciples did not have the remotest hint of his true character until a few minutes before he voluntarily separated himself from their group at the Passover Service, forever.

Jesus defends Mary and explains what she did.

John 12:7 “Leave her alone,” Jesus replied. “It was intended that she should save this perfume for the day of my burial.

Mark 14:8 She did what she could. She poured perfume on my body beforehand to prepare for my burial.

Notice that Mary (alone?) was sensitive to what was about to occur this week

Deuteronomy 15:11 There will always be poor people in the land. Therefore I command you to be openhanded toward your fellow Israelites who are poor and needy in your land.

The Plot to Kill Lazarus and Jesus

John 12:9 When the large crowd of Jews realized that he was there, they came not only because of Jesus but also to see Lazarus, whom he had raised from the dead.

“Much people”: common folk (in contrast to the “leaders”). Some estimate over several million were present for the holidays

Luke shows who is in charge, high priest was a Sadducees

Acts 5:17 Then the high priest and all those from the sect of the Sadducees who were with him were filled with jealousy. So they went out,

John 12:10 So the high priests planned to kill Lazarus, too,

Think of the mental anguish Mary and Martha had to go through with Lazarus again and now Jesus.  These are real people with emotions.

John 12:11 since he was the reason why so many of the Jews were leaving to believe in Jesus.

The Jewish leadership was losing individuals that were withdrawing from them.  Of the miracle which was wrought upon Lazarus, in raising him from the dead, of which he was a living example and witness to what happen.

Matthew 21:1-2 When they came near Jerusalem and had reached Bethphage on the Mount of Olives, Jesus sent two disciples on ahead and (2) told them, “Go into the village ahead of you. At once you will find a donkey tied up and a colt with it. Untie them, and bring them to me.

John 12:12 The next day the large crowd that had come to the festival {Passover} heard that Jesus was on his way to Jerusalem.

Jesus was coming from Bethany, the fourth day before the Passover.

Have you ever wonder, how did they get the Palm Tree Branches.

Did they have to climb the trees to cut the branches. See Pictures.

John 12:13 So they took branches of palm trees and went out to meet him, shouting, “Hosanna! How blessed is the one who comes in the name of the Lord, the King of Israel!”

And as that palm tree was a sign of joy and victory, people carried palm branches of it in their hands, as they met the King and Lord Jesus, who was about to make his public entrance into Jerusalem, in triumph:

Palm branches and palms had been a symbol as a symbol of Jewish nationalism since the time of the Maccabees.

Rededications of the Temple in 164 BC

2 Maccabees 10:7 Brenton  Therefore they bare branches, and fair boughs, and palms also, and sang psalms unto him that had given them good success in cleansing his place.

Again, winning of full political independence was celebrated under Simon in 141 BC

1 Maccabees 13:51 Brenton  And entered into it the three and twentieth day of the second month in the hundred seventy and first year, with thanksgiving, and branches of palm trees, and with harps, and cymbals, and with viols, and hymns, and songs: because there was destroyed a great enemy out of Israel.

Solomon also had Palm trees in the Temple

1 Kings 6:29 Solomon also inlaid all the inner walls of the Temple—both the inner and outer sanctuaries; with carved engravings of cherubim, palm trees, and blooming flowers.

The millennium Temple will have palm trees engraved on many parts of the Temple.

Ezekiel 40:16 Latticed windows faced the guardhouses, their side pillars within the gate all around, and also for the porches. Windows were placed all around inside, and the side pillars were engraved with palm trees.  {Ezekiel 41:18, 25, 26}

Why is this important to us, because we will be doing this in the future.

This will happen again in the future, with our Lord Jesus sitting on His Throne.

Revelation 7:9 After these things I looked, and there was a crowd so large that no one was able to count it! They were from every nation, tribe, people, and language. They were standing in front of the throne and the lamb and were wearing white robes, with palm branches in their hands.

Are we going to be holding Palm Branches in our Hands in the future?

Hosanna:  Translated, “Save now, I pray thee.” The Great Hallel, a series of Hebrew psalms (Ps 115-118). “Blessed is the King of Israel”: Fulfilled on the very day Gabriel predicted in Daniel Chapter 9.  “Palms”: The mark of triumph to a victor or king.

John 12:14 Then Jesus found a young donkey and sat upon it, as it is written:

This act fulfilled prophecy and as such was a symbolic proclamation that Jesus is the Messiah.

Zechariah 9:9 Rejoice greatly, Daughter Zion! Shout, Daughter Jerusalem! See, your king comes to you, righteous and victorious, lowly and riding on a donkey, on a colt, the foal of a donkey.

John 12:15 “Stop being afraid, people of Zion. Look, your king is coming, sitting upon a donkey’s colt!”

Luke 19:38 “Blessed is the king who comes in the name of the Lord!” “Peace in heaven and glory in the highest!”

They are singing Psalm 118:  Declaring Jesus to be the Messiah and King

Luke 19:39 Some of the Pharisees in the crowd told Jesus, “Teacher, tell your disciples to be quiet.“

Again, any time we, may miss a point, the Pharisees come to our rescue. When they are upset, there is a reason which we need to understand.

They understood what this means.

Luke 19:41-42 When he came closer and saw the city, he began to grieve over it: (42) “If you had only known today what could have brought you peace! But now it is hidden from your sight,

Luke 19:43-44 because the days will come when your enemies will build walls around you, surround you, and close you in on every side.  (44)  They will level you to the ground—you and those who live within your city limits. They will not leave one stone on another within your walls, because you didn’t recognize the time when God came to help you.“

Why was Jerusalem destroyed in A.D. 70? Jesus held them accountable to know the prophecy of Daniel 9!

Daniel 9:25-26 “Know and understand this: From the time the word goes out to restore and rebuild Jerusalem until the Anointed One, the ruler, comes, there will be seven ‘sevens,’ and sixty-two ‘sevens.’ It will be rebuilt with streets and a trench, but in times of trouble.  (26)  After the sixty-two ‘sevens,’ the Anointed One will be put to death and will have nothing. The people of the ruler who will come will destroy the city and the sanctuary. The end will come like a flood: War will continue until the end, and desolations have been decreed.

Daniel 9:27 He will make a binding covenant with many for one week, and for half of the week he will pause both the sacrifice and grain offerings. Destructive people will cause desolation on the pinnacle until it is complete and what has been decreed is poured out on the desolator.'”

As a side: I read where the breaking of a glass at a Jewish weddings is to honor the fall of Jerusalem.