The Son of Man Must Be Lifted Up on the Cross, Lord Jesus 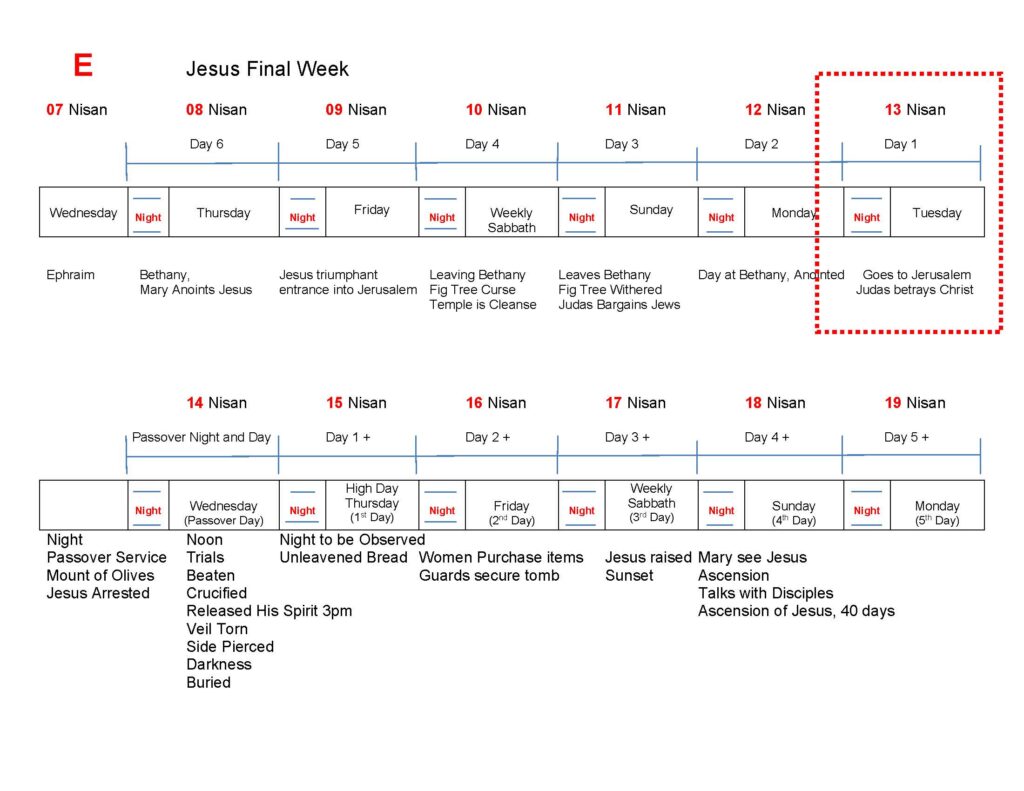 By Jesus was killed on the cross, resurrected back to life and now sits on a Throne in Heaven at the right hand of the Fathers Throne.  All judgment was given to Jesus to make. When Jesus returns to the earth, Satan and the demons are replaced by Jesus and the Saints to take care of the earth and the Kingdom of God.

We know that Satan, ruler of this world will be thrown out as Jesus returns to the earth at start of the millennium.

Matthew 4:8-9 Again, the devil took him to a very high mountain and showed him all the kingdoms of the world and their splendor.  (9)  “All this I will give you,” he said, “if you will bow down and worship me.”

When: There is no doubt in Jesus’ mind that He will be crucified.

First Lifted up, to the cross by violent death; second, lifted up from the grave; third, lifted up to heaven and to Jesus Throne in Heaven

James 4:10 Humble yourselves in the sight of the Lord, and He will lift you up.

John 6:44 No one can come to Me unless the Father who sent Me draws him; and I will raise him up at the last day.

John 12:33 He said this to indicate the kind of death he was about to die.

He just told the disciples again that being lifted up on the cross is how He is going to die.  It seems the men did not understand but the women did.

Beginning of the end of Satan’s dominion

The beginning of the triumph over the hearts of men

John 12:34 Then the crowd answered him, “We have learned from the Law that the Messiah remains forever. So how can you say that the Son of Man must be lifted up? Who is this Son of Man?”

Isaiah 9:7 Of the increase of His government and peace There will be no end, Upon the throne of David and over His kingdom, To order it and establish it with judgment and justice From that time forward, even forever. The zeal of the Lord of hosts will perform this.

Their idea of the Messiah was an eternal king. Now he spoke of death.

John 12:35 Jesus replied to the crowd, “The light is among you only for a short time. Walk while you have the light, so that the darkness may not overtake you. The person who walks in the darkness is in the darkness and does not know where he is going.

Jesus just gave the Jewish people a strong warning, As the light of the world, Jesus exposes sin and now begins explaining to the people there.

John 8:12 Then Jesus spoke to them again, saying, “I am the light of the world. He who follows Me shall not walk in darkness, but have the light of life.”

Jesus just told them to seek Him now while they have the opportunity because it will pass away and the darkness come.

The Unbelief of the People

John 12:36 As long as you have the light, believe in the light, so that you may become children of light.” After Jesus had said this, he went away and hid from them.

Jesus said you must believe on him.  He went away from the Jewish Leadership who wanted to kill Him.  Did He go to Bethany to spend the last few hours of His life?

1 John 1:5 This is the message that we have heard from him and declare to you: God is light, and in him there is no darkness; none at all!

John 12:37 Although he had performed numerous signs in their presence, they did not believe in him,

Their unbelief is startling, that they did not believe Jesus and rejected Him.

1 Corinthians 2:14 A person who isn’t spiritual doesn’t accept the things of God’s Spirit, for they are nonsense to him. He can’t understand them because they are spiritually evaluated.

Interesting side, scholars believe there were more than one Isaiah.

The Apostle John quotes from two different parts of the Book of Isaiah.

John 12:38 so that what the prophet Isaiah spoke might be fulfilled when he said: “Lord, who has believed our message, and to whom has the Lord’s power been revealed?“

A quote from Isaiah 53

Isaiah 53:1 “Who has believed our message, and to whom has the arm of the LORD been revealed?

The arm of the Lord – The gospel, power, strength, and miracles of Christ and is not revealed to those whose hearts the Lord has not opened.

John 12:39 This is why they could not believe: Isaiah also said,

Isaiah taught that some could not believe because God hardened their hearts after they repeatedly rejected the truth, only then.

John 12:40 “He has blinded their eyes and hardened their heart, so that they might not perceive with their eyes, and understand with their mind and turn, and I would heal them.”

Parts of this is taken from Isa 6:9, also Mark 4 quotes the verse

Paul quotes this verse Paul to explain the rejection of his preaching by the Jews in Rome.

Acts 28:26 He said, ‘Go to this people and say, “You will listen and listen but never understand, and you will look and look but never see!

John 12:41 Isaiah said this when he saw his glory and spoke about him.

In that verse, Isaiah was talking about God Himself. Therefore in this passage John is teaching that Jesus is God.

A quote from Isaiah 6

John 12:42 Yet many people, even some of the authorities, believed in him, but because of the Pharisees they did not admit it so they would not be thrown out of the synagogue.

Many:  Nicodemus, Joseph, Sanhedrim, and other members of the council and many others believed in Him, they feared their leaders that they would be put out of the synagogue. Fear men more than God.  Remember the Sadducees had the High Priest position.

John 9:22 His parents said these things because they feared the Jews, for the Jews had agreed already that if anyone confessed that He was Christ, he would be put out of the synagogue.

These men were genuine believers. Their problem was that they feared the opinions of their fellow leaders.

Such believers will be ashamed at Christ’s return.

Jesus Came to Save the World, Final, passionate appeal to the people

John 12:44 Then Jesus said loudly, “The one who believes in me does not believe in me only, but also in the one who sent me.

Jesus insisted that anyone who believed in Him was at the same time exercising belief in God the Father.

John 12:46 I have come into the world as light, so that everyone who believes in me will not remain in the darkness.

When we have Jesus living in us, we are no longer in darkness or continue in sin, ignorance or in unbelief, but walk in the light of truth, faith and holiness until the day of our change

The Apostle Paul tells us

Acts 26:18 to open their eyes, in order to turn them from darkness to light, and from the power of Satan to God, that they may receive forgiveness of sins and an inheritance among those who are sanctified by faith in Me.’

John 12:47 If anyone hears my words and does not keep them, I do not condemn him, because I did not come to condemn the world but to save it.

Jesus at His first coming to the earth, His purpose did not come to judge but to save.  At Jesus 2nd coming then He will judge the world.

All shall be “judged by the things written in the books”

Revelation 20:12 I saw the dead, both unimportant and important, standing in front of the throne, and books were open. Another book was opened—the Book of Life. The dead were judged according to their actions, as recorded in the books.

John 12:48 The one who rejects me and does not receive my words has something to judge him: The word that I have spoken will judge him on the last day,

The person who rejects Jesus Words, then also rejects the Father’s Word.

Important:  The words a person leave in the world will decide the destiny of every person.

All shall be “judged by the things written in the books {Rev 12:12}

The word “reject” means to despise, or to refuse to receive him

John 12:49 because I have not spoken on my own authority. Instead, the Father who sent me has himself commanded me what to say and how to speak.

John 8:28 So Jesus told them, “When you have lifted up the Son of Man, then you will know that I AM, and that I do nothing on my own authority. Instead, I speak only what the Father has taught me.

Because the Words Jesus spoke was the Divine Words proceeds from the Father,

John 12:50 And I know that what he commands brings eternal life. What I speak, therefore, I speak just as the Father has told me.”

The results of obeying Jesus commands to show we Love Jesus and are life everlasting.

We have reached the beginning of the end, heading to the cross and resurrection.