Predestination, what does the Scriptures say

When you hear the word, Predestination, what do you think of and what does it mean to you?

Predestination in today’s world is the doctrine that all events have been willed by God in reference to the eventual fate of the individual person. 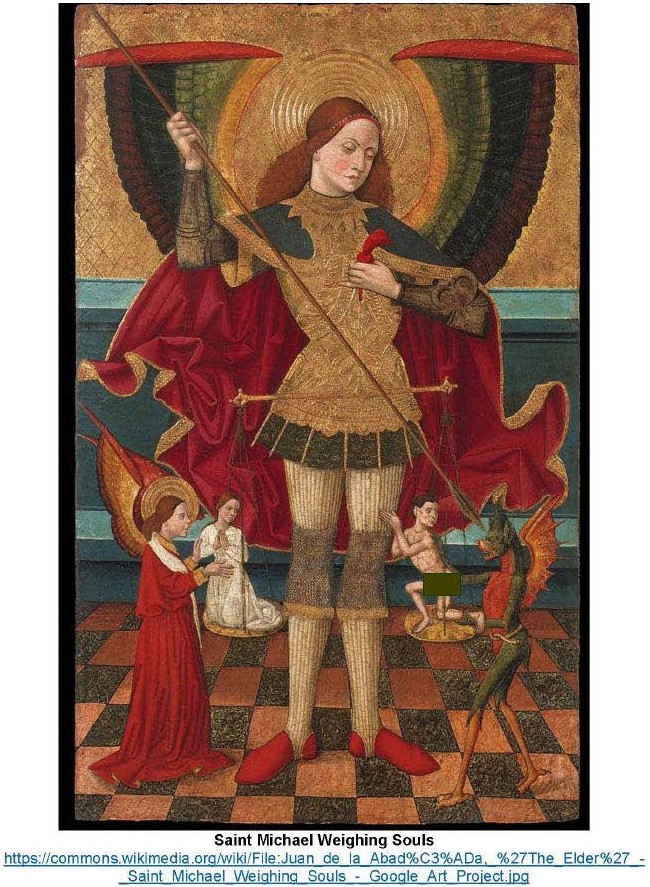 Predestination in today’s world is the doctrine that all events have been willed by God in reference to the eventual fate of the individual person.

Free will is the idea that humans have the ability to make their own choices and determine their own fates.

The Scriptures say people today have free moral agency or free will to make the many difference choices in life, to follow Jesus Way of Life or Satan Way of Death.

When the millennium starts, is the total free will changed in some way.

This worldly definition causes some problems with the Believer.

From this time on, total confusion on the subject, sounds like Satan has confused us enough.  Let’s look at the Scriptures on what is actually written.

Romans 8:28 And we know that for those who love God, that is, for those who are called according to his purpose, all things are working together for good.

God does everything, including redemption, in order to accomplish His overarching plan

Romans 8:29 For those whom he foreknew he also predestined to be conformed to the image of his Son, in order that the Son might be the firstborn among many brothers.

Just means to know before hand, God’s knowledge of future events and people, however, do not determine His choice.

Has God failed at anything, No, predestines you and me to before conformed to the image of His Son

1 Peter 1:2 the people chosen according to the foreknowledge of God the Father through the sanctifying action of the Spirit to be obedient to Jesus, the Messiah, and to be sprinkled with his blood. May grace and peace be yours in abundance!

2 Thessalonians 2:14 He called you to this through our gospel, that you might share in the glory of our Lord Jesus Christ.

Acts 16:14 Now a certain woman named Lydia heard us. She was a seller of purple from the city of Thyatira, who worshiped God. The Lord opened her heart to heed the things spoken by Paul.

Why predestined, Paul answered this, vs. 29,  so “order that the Son might be the firstborn” and then have the Saints as many brothers.  Think about this. Jesus wants others with him, that is why we were predestined.

Acts 13:27 For the people who live in Jerusalem and their leaders, not knowing who Jesus was, condemned him and so fulfilled the words of the prophets that are read every Sabbath.

Acts 13:48 Now when the Gentiles heard this, they were glad and glorified the word of the Lord. And as many as had been appointed to eternal life believed.

The Gentiles were glorifying the Word of Jesus, are the ones who was destined to receive eternal life, because they believed in Jesus.

Destined {Tasso} can also be translated to appointed, ordained, destined, or assign to eternal life.

Luke is telling us that the Gentiles believe the Gospel and embrace eternal life by Jesus through His Holy Spirit, meaning their faith came from the Holy Spirit and not self-made.

There is some predestination clearly involved in our calling.

Ephesians 1:3-4 Praise be to the God and Father of our Lord Jesus Christ, who has blessed us in the heavenly realms with every spiritual blessing in Christ.  (4)  For he chose us in him before the creation of the world to be holy and blameless in his sight. In love

Ephesians 1:5 he predestined us for adoption to sonship through Jesus Christ, in accordance with his pleasure and will

God predestined us for adoption to sonship

Ephesians 1:6 to the praise of his glorious grace, which he has freely given us in the One he loves.

One God Loves is Lord Jesus, and is the Beloved Son.

Colossians 1:13 He has delivered us from the power of darkness and conveyed us into the kingdom of the Son of His love,

Ephesians 1:7 In Him we have redemption through His blood, the forgiveness of sins, according to the riches of His grace

There is no forgiveness of sin without the shedding of blood

Ephesians 1:8-9 that he lavished on us. With all wisdom and understanding,  (9)  he made known to us the mystery of his will according to his good pleasure, which he purposed in Christ,

The word mystery refers to an aspect of God’s will that was once hidden or obscure, but now was being revealed by God

Romans 11:25 For I do not desire, brethren, that you should be ignorant of this mystery, lest you should be wise in your own opinion, that blindness in part has happened to Israel until the fullness of the Gentiles has come in.   A number required for fullness.

Maybe Paul gives us an hint who are called.

Romans 3:27-28 Where is boasting then? It is excluded. By what law? Of works? No, but by the law of faith.  (28) Therefore we conclude that a man is justified by faith apart from the deeds of the law.

Ephesians 2:8-9 For by grace you have been saved through faith, and that not of yourselves; it is the gift of God, (9) not of works, lest anyone should boast.

We see even the faith that starts us on the road to repentance is a Gift from God.

2 Peter 3:9 The Lord is not slack concerning His promise, as some count slackness, but is longsuffering toward us, not willing that any should perish but that all should come to repentance.

Revelation 20:15 And anyone not found written in the Book of Life was cast into the lake of fire.

Who else was known from the beginning, Jeremiah?  God had plans for him.

Jeremiah 1:4-5 Then the word of the LORD came to me, saying:  (5)  “Before I formed you in the womb I knew you; Before you were born I sanctified you; I ordained you a prophet to the nations.”

The Father knew before several individuals before their births

Jesus works all thing according to His will

Ephesians 1:11-13 In the Messiah we were also chosen when we were predestined according to the purpose of the one who does everything that he wills to do, (12) so that we who had already fixed our hope on the Messiah might live for his praise and glory.  (13)  You, too, have heard the word of truth, the gospel of your salvation. When you believed in the Messiah, you were sealed with the promised Holy Spirit,

Ephesians 1:11 In him we were also chosen, having been predestined according to the plan of him who works out everything in conformity with the purpose of his will,

1 Corinthians 10:13 No temptation has overtaken you except such as is common to man; but God is faithful, who will not allow you to be tempted beyond what you are able, but with the temptation will also make the way of escape, that you may be able to bear it.

God’s purpose will stand, and nothing will stop Him from doing His pleasure. He is no distant spectator.

John 6:44 No one can come to Me unless the Father who sent Me draws him; and I will raise him up at the last day.

The Apostle Paul gives us a promise

Philippians 1:6 being confident of this very thing, that He who has begun a good work in you will complete it until the day of Jesus Christ;

We may stumble, The Father wants us to be in His Kingdom and is preparing us to rule with and under Lord Jesus in the Kingdom of God during the millennium.

1 Peter 1:20 On the one hand, he was foreknown before the creation of the world, but on the other hand, he was revealed at the end of time for your sake.

This phrase contrasts with the first half of the verse. What was known only to God before the creation of the world is now made known to us.

Romans 11:2-5 God did not reject his people, whom he foreknew. Don’t you know what Scripture says in the passage about Elijah—how he appealed to God against Israel: (3) “Lord, they have killed your prophets and torn down your altars; I am the only one left, and they are trying to kill me”?  (4)  And what was God’s answer to him? “I have reserved for myself seven thousand who have not bowed the knee to Baal.”  (5)  So too, at the present time there is a remnant chosen by grace.

2 Timothy 1:9-10 He has saved us and called us to a holy life, not because of anything we have done but because of his own purpose and grace. This grace was given us in Christ Jesus before the beginning of time, (10) but it has now been revealed through the appearing of our Savior, Christ Jesus, who has destroyed death and has brought life and immortality to light through the gospel.

John 10:28-29 I give them eternal life, they will never be lost, and no one will snatch them out of my hand.  (29)  What my Father has given me is more important than anything, and no one can snatch it from the Father’s hand.

Jesus gives us choice and does not want any Saints to sin.

Deuteronomy 30:19-20 I call heaven and earth as witnesses today against you, that I have set before you life and death, blessing and cursing; therefore choose life, that both you and your descendants may live;  (20)  that you may love the LORD your God, that you may obey His voice, and that you may cling to Him, for He is your life and the length of your days; and that you may dwell in the land which the LORD swore to your fathers, to Abraham, Isaac, and Jacob, to give them.”

Let’s look at again: from the beginning

Romans 8:28 And we know that for those who love God, that is, for those who are called according to his purpose, all things are working together for good.

Romans 8:29 For those whom he foreknew he also predestined to be conformed to the image of his Son, in order that the Son might be the firstborn among many brothers.