Jesus is Alone with His own. He was facing sacrificial death, yet His concern was for His disciples! 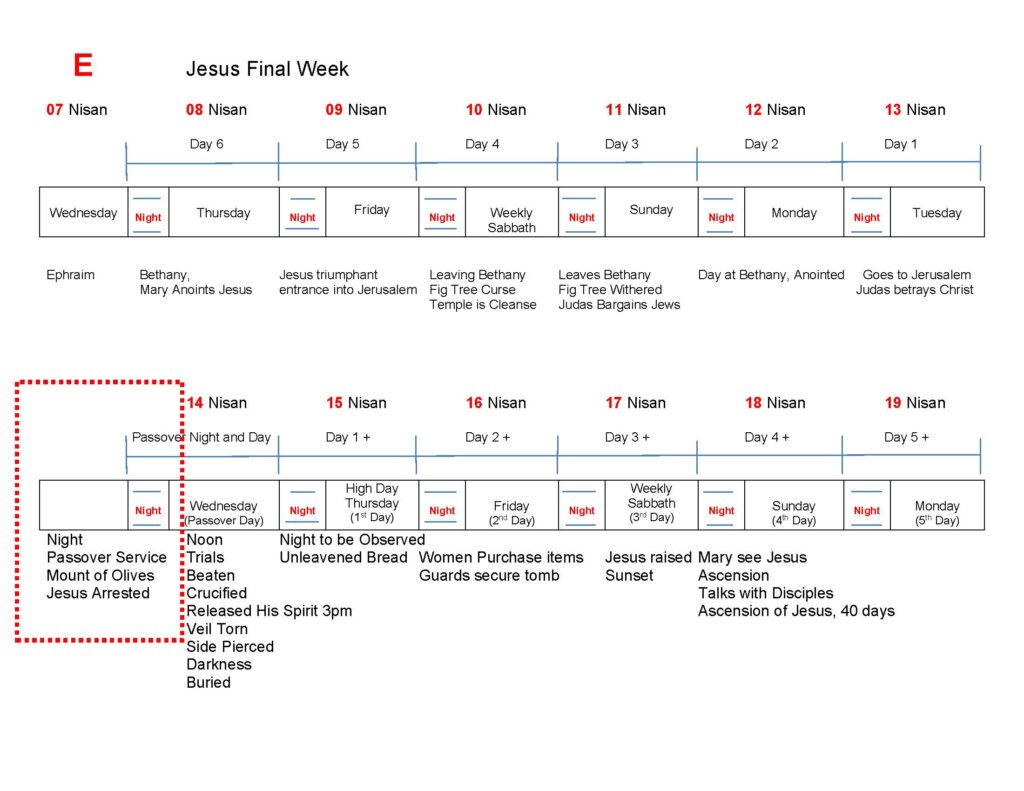 John 13:1 Now before the Passover Festival, Jesus realized that his hour had come to leave this world and return to the Father. Having loved his own who were in the world, he loved them to the end.  {Loved them, important}

Jesus knew that his hour was come. The scenes of this hour were in immediate view of the cross. On the next day the Lord was crucified.

What follows demonstrates Jesus’ complete love. Jesus loved His disciples, even though He knew that one would betray Him, another would deny Him, and all would desert Him for a time.

Jesus said one is a traitor and still remained unclean.

Jesus was about to sit down at the last meeting before His arrest with his disciples to the Passover feast.

Leave this world – is a way of speaking frequently used by the Jews as expressive of death.

Philippians 1:21-24 For to me, to go on living is the Messiah, and to die is gain.  (22)  Now if I continue living, fruitful labor is the result, so I do not know which I would prefer.  (23)  Indeed, I cannot decide between the two. I have the desire to leave this life and be with the Messiah, for that is far better.  (24)  But for your sake it is better that I remain alive.

John 13:2 The evening meal was in progress, the devil having already put it into the heart of Judas Iscariot, Simon’s son, to betray Him,

The devil – The leader or prince of evil spirits and ruler of the world.

Supper being ended”: G1173 the chief meal (usually in the evening): – feast, supper.

Third, “Redemption,” or “Cup of Blessing” I give thinks

Matthew 26:27-28 Then he took a cup, gave thanks, and gave it to them, saying, “Drink from it, all of you,  (28)  because this is my blood of the new covenant that is being poured out for many people for the forgiveness of sins.

and the Fourth cup, means “Taking Out” {Meal to be completed at the Marriage Supper}  We will be change at Jesus 2nd coming and taken out of harms way.  By death or protection.

Matthew 26:29 I tell you, I will never again drink the product of the vine until that day when I drink it with you once again in my Father’s kingdom.”

Put into the heart of Judas to betray Jesus, referring to the agreement Judas already made with the chief priests and Temple Police.

Luke 22:3-4 But Satan went into Judas called Iscariot, who belonged to the circle of the Twelve.  (4)  So he {Judas} went off and discussed with the high priests and the Temple police how he could betray Jesus to them.

John 13:3 Because Jesus knew that the Father had given everything into his control, that he had come from God, and that he was returning to God,

This verse states that Jesus had full knowledge of His divine power and majesty, of the glory that He had before and would enjoy with the Father again.  Do we believe what is written and said about Jesus.

Everything into his control:

Matthew 28:18 Then Jesus came up and told them, “All authority in heaven and on earth has been given to me.

John 8:42 Jesus told them, “If God were your Father, you would have loved me, because I came from God and am here. I have not come on my own accord, but he sent me.

John 6:61-62 But Jesus, knowing within himself that his disciples were grumbling about this, asked them, “Does this offend you?  (62)  What if you saw the Son of Man going up to the place where he was before?     {ascent}

John 13:4 therefore he got up from the table, removed his outer robe, and took a towel and fastened it around his waist.

All of them could have done it but none of them did.  Why, a clue to the reason.

Luke 22:24 Now an argument sprang up among them as to which one of them was to be regarded as the greatest.

Philippians 2:3-5 Do not act out of selfish ambition or conceit, but with humility think of others as being better than yourselves.  (4)  Do not be concerned about your own interests, but also be concerned about the interests of others.  (5)  Have the same attitude among yourselves that was also in the Lord Jesus:

Luke 17:8 Of course not. Instead, he would say to him, ‘Get dinner ready for me, and put on your apron and wait on me until I eat and drink. Then you can eat and drink.’

John 13:5 Then he poured some water into a basin and began to wash the disciples’ feet and to dry them with the towel that was tied around his waist.

Foot washing was a courtesy shown to guests in a home, usually performed by a servant or the host’s wife when the guests entered the house or while they were reclining at table

Luke 7:44 Then, turning to the woman, he told Simon, “Do you see this woman? I came into your house. You didn’t give me any water for my feet, but this woman has washed my feet with her tears and dried them with her hair.

Christ responded to Peter’s question by implying that there is a deeper meaning in washing feet.

Accordingly, though there can be no doubt that already Peter’s heart rebelled against it as a thing not to be tolerated, Jesus ministers no rebuke as yet, but only bids him wait a little, and he should understand it all.

John 13:7 Jesus answered him, “You do not realize now what I am doing, but later on you will understand.”

John 13:8 Peter told him, “You must never wash my feet!” Jesus answered him, “Unless I wash you, you cannot be involved with me.”

The washing was a symbol of spiritual cleansing {vs 10-11}, purification from uncleanliness.

1 Corinthians 6:11 That is what some of you were! But you were washed, you were sanctified, you were justified in the name of our Lord Jesus the Messiah and by the Spirit of our God.

1 John 1:9 If we make it our habit to confess our sins, in his faithful righteousness he forgives us for those sins and cleanses us from all unrighteousness.

John 13:10 Jesus told him, “Whoever has bathed is entirely clean. He doesn’t need to wash himself further, except for his feet. And you men are clean, though not all of you.”  {Judas}

Interesting, they all have bath beforehand?

Hebrews 8:12 For I will be merciful regarding their wrong deeds, and

I will never again remember their sins.“

Isaiah 43:25 “I, I am the one who blots out your transgression for my own sake, and I’ll remember your sins no more.

Our past sins are remember no more and blotted out,

Important to remember during this spring Feast Days