The raising of Lazarus is found only in the Gospel of John. Before the final week, we have a special witness to His Glory. 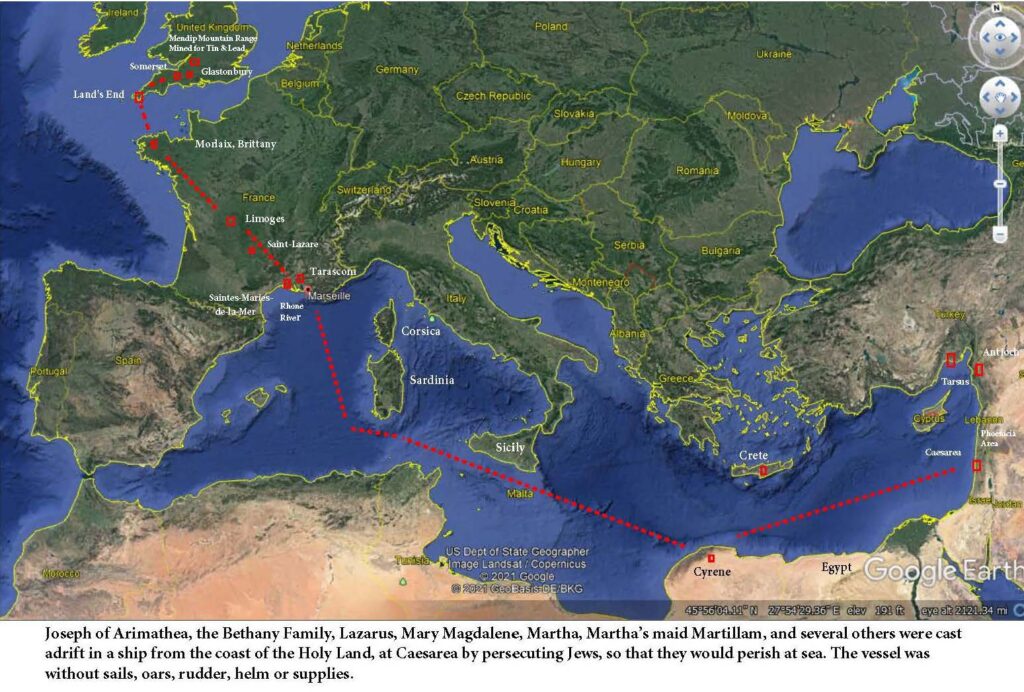 The raising of Lazarus is found only in the Gospel of John. Before the final week, we have a special witness to His Glory.

John 11:43 After saying this, he shouted with a loud voice, “Lazarus, come out!”

Why did Jesus call for Lazarus to come out of the grave or cave, instead of going in to the cave.  Could it be the smell.

John 11:44 The man who had died came out, his hands and feet tied with strips of cloth {or linen}, and his face wrapped in a handkerchief. Jesus told them, “Untie him, and let him go.”

John 11:45 Many of the Jews who had come with Mary and had observed what Jesus did believed in him.

The worry of the religious leaders.

John 11:46 Some of them, however, went to the Pharisees and told them what Jesus had done.

John 11:47 So the high priests and the Pharisees assembled the Council and said, “What are we going to do? This man is performing many signs.

John 11:48 If we let him go on like this, everyone will believe in him, and the Romans will come and destroy both our Temple and our nation.“

Now the real reason comes out.

Forty years later {70 AD}: The Roman army did come; destroyed Jerusalem; burned the Temple; and killed the Jewish Leadership and carried the nation into captivity, why, they rejected Jesus.

The counsel of Caiaphas, the High Priest

John 11:49 But one of them, Caiaphas, who was high priest that year, told them, “You don’t know anything!

Caiaphas, being high priest the year the Jesus died.

He was a Sadducee, crafty, cruel, rudeness {Josephus wrote}, had been priest for fifteen years, and was removed three years later as high priest.

John 11:50 You don’t realize that it is better for you to have one man die for the people than to have the whole nation destroyed.”

Prophecy by Caiaphas without knowing it.

Jesus should die rather than plunge the nation into destruction.

John adds that by virtue of his office, Caiaphas pronounced a message of God unconsciously, a prophecy from the lips of the High Priest, for Jesus would not only die for Israel but for the Gentiles as well.

John 11:51  Now he did not say this on his own initiative. As high priest that year, he prophesied that Jesus would die for the nation,

John 11:52 and not only for the nation, but that he would also gather into one the children of God who were scattered abroad.

The plot to put Jesus to death

John 11:53 So from that day on they resolved to put him to death.

John 11:54 As a result, Jesus no longer walked openly among the Jews. Instead, he went from there to a town called Ephraim in the region near the wilderness, which extends to Jericho. There he remained with his disciples.

Jesus knew of their decision.

John 7:30 Then they tried to seize him, but no one laid a hand on him because his hour had not yet come.

Jesus went from Bethany to Ephraim, which was Twenty miles N of Jerusalem; five miles E of Bethel, the wilderness of Judea. Some said Jesus stayed there up to 2 months.  No time is given.

From end of December to March around 6 days before Passover.

John 11:55 Now the Jewish Passover was approaching, and before the Passover many people from the countryside went up to Jerusalem to purify themselves.

This means that it was the last few days before the coming Passover – at which Jesus would be betrayed, arrested, condemned, and crucified.

John 11:56 They kept looking for Jesus and saying to one another as they stood in the Temple, “What do you think? Surely he won’t come to the festival, will he?”

Everyone was thinking and wondering if Jesus would show up.

There are 2 questions in their words:

John 11:57 Now the high priests and the Pharisees had given orders that whoever knew where he was should tell them so that they could arrest him.

The Sanhedrim had commanded that any man who could direct them to Jesus should bring word.

Is this how they got to Judas?

Most of the chief priests were Sadducees and normally uncooperative with the Pharisees. They found common cause in their opposition to Jesus.

Do we know what happen to the individuals we just covered., especially Lazarus and his sisters.

How did Christianity come the England, Spain and France?  Very active Christianity nations as we know about.  How did it happen.

We will look at manuscripts and most likely, Traditions that is back up somewhat.

The story of Joseph of Arimathea was found in the Vatican Library archives by Historian Cardinal Baronius.

The manuscript related that in the year A.D. 35 – 40 a group of Christians, members of the family at Bethany, the friends of Christ, together with some holy women and others of His disciples, were put out to sea by boat, by the Jews hostile to Christianity.

Jewish Leadership were unconvinced by Christian religious claims,  including Lazarus, Mary Magdalene, Martha, Martha’s maid Martillam, Joseph of Arimathea, and several others were cast adrift in a ship from the coast of the Holy Land, at Caesarea by persecuting Jews, so that they would perish at sea.

The vessel was without sails, oars, rudder, helm or supplies, and after a miracle, voyage landed in Provence at a place called today the Saintes-Maries.

One record said the ship landed at Cyrene and they refitted the ship.

It was recorded that they separated there to go and preach the Gospel in different parts France and England.

At Marseilles, Lazarus and Mary parted company with the main group who continued on further up North

Joseph and part of the company went to England and after preaching the Gospel there, died. Around the Sacred Isles at Glastonbury Abbey and Somerset, {See Map}.

Joseph was buried near the church he built {Vetusta Ecclesia) of mud and wattle on the site and later his remain was removed somewhere else.

According to the Recognitions of Clement, which is thought to have been written about around 150-200, the group lived for a time at Caesarea prior to their voyage.

Remember, Joseph was close to the Roman Leadership because he was their supplier of their copper, tin and lead from England, so Jewish Leadership would not want to kill Joseph, afraid what the Romans would do.

There was no trace of Joseph found in Jerusalem area in any writings after about A.D. 35, no record of any martyrdom and no reference to his movements outside of the areas of Britain and France.

Acts 11:19 Now the people who were scattered by the persecution that started because of Stephen went as far as Phoenicia,{area coast} Cyprus, and Antioch, speaking the word to no one except Jews.

Remember, Caesarea was also the home of Philip the evangelist, who open his home to traveling Christians and a major seaport for travelers.

Acts 21:8 The next day we left and came to Caesarea. We went to the home of Philip the evangelist, one of the Seven, and stayed with him.

Acts 9:30 When the brothers found out about the plot, they took him { Paul / Saul} down to Caesarea and sent him away to Tarsus.  {See Map}

The Apostle Paul said he is on his way to Spain.

Romans 15:24 Now that I am on my way to Spain, I hope to see you when I come your way and, after I have enjoyed your company for a while, to be sent on by you.

Romans 15:28 So when I have completed this task and have put my seal on this contribution of theirs, I will visit you on my way to Spain.

If you are traveling to Spain, France and England you would have to take the Roman road for the recognized trade and military routes existed during the first century, Marseilles, across France to the Channel ports and from these into England.  Records and traditions said Paul was also in England at Glastonbury, Abby.

According to a series tradition and records found.

Again, the Question I have, France, Spain and England are based in Christianity, how did it happen?  Christians wars in Jerusalem. Long trip.

Saintes-Maries-de-la-Mer, an ancient town in the marshes of the Camargue, where the Rhone {major river in France} meets the Mediterranean Sea,

The city is supposedly named after The Three Mary’s: Marie Madeleine, Marie Salomé and Marie de Cleophas; a group of three women closely linked to Jesus, as according to the gospels they came to his sepulcher three days after the Crucifixion and were the first witnesses of his Resurrection.

The designation “de-la-Mer” (of the sea) derives from a medieval tradition that after Jesus’ Resurrection, The Three Mary’s escaped the Christian persecution with their Uncle Joseph of Arimathea and travelled across the sea by boat, living in the Camargue the rest of their lives and helping to bring Christianity to France.

It is a clear historical fact that Southern France was one of the first areas in the west to receive the gospel message.  It was here that some of the earliest and most severe persecutions took place.

Lazarus went to Marseilles, and having converted a number of its inhabitants to Christianity, became their first pastor.   He lived somewhere in France and eventually become the first bishop of Marseilles and died in the second half of the first Century.  During the first persecution under Domitian he was cast into prison and beheaded at Saint-Lazare. {see map}

Several of the Rhone Valley churches traced their origins back to Lazarus and other fellow travelers of Joseph.  They said Lazarus was the brother of St. Mary Magdalene and Martha, who held the pastorship for seven years after Jesus had restored him from the dead.”

Joseph was found in local traditions on the trade route to England and Christianity came into Somerset “Via Brittany.”

Begin your journey of discovery in the village of Saintes Maries de la Mer, renamed in honor of the three Saint Mary’s first landfall.

After lunch of the group visit the little village and its fortified church, then take a boat trip on the Rhone River, one of the most important transport routes. Continue to Arles for dinner and overnight of the group.

While Martha travelled up to “Tarascon” {see map}, Lazarus and Mary Magdalene headed to the busy port, and Roman stronghold, of Marseilles.”

Visit the crypt of the imposing Abbey of Saint Victor housing a primitive statue of Lazarus.