Jesus will return to the Earth

Paul clearly explains that Jesus will return to the earth, set up His Kingdom on the Earth with the changed resurrected Saints to be Kings and Priests during the Millennial Kingdom for 1000 years rule. 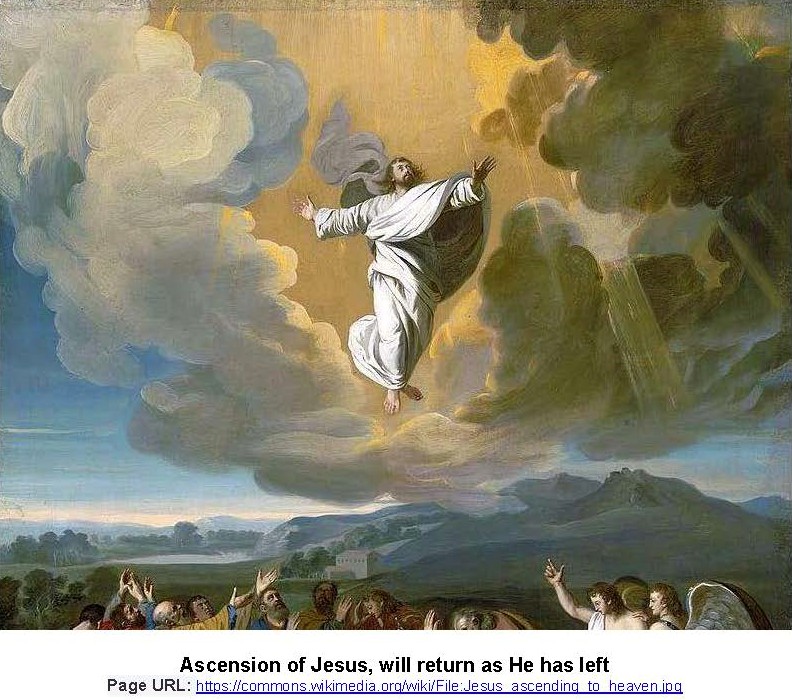 Let’s take a review of this subject and see what we will go through to be like Jesus.

The Coming of the Lord, Jesus

1 Thessalonians 4:13 Brothers and sisters, we do not want you to be uninformed {or ignorant} about those who sleep in death, so that you do not grieve like the rest of mankind, who have no hope.

Paul is telling us, he want us to know what happens to a Christian when he dies so that when it happens, we will not be full of sorrow, as those who have no hope in the resurrection.

We:  Paul, Silas and Timothy,

We know the resurrection of unbelievers cannot be described as a hope.

Genesis 2:7 So the LORD God formed the man from the {1} dust of the ground, {2} breathed {spirit} life into his lungs, and {3} the man became a living being.

Job 32:8 But it is the spirit in a person, the breath {spirit} of the Almighty, that gives them understanding {insight or intelligent}

Ecclesiastes 12:7 then {1} man’s dust will go back to the earth, returning to what it was, and the {2} spirit will return to the God who gave it.

Zechariah 12:1 A declaration: a message from the LORD to Israel. The LORD, who stretches out the heavens, who lays the foundation of the earth, and who frames the spirit of man within himself, declares,

2 Corinthians 5:17 Therefore, if anyone is in the Messiah, he is a new creation. Old things have disappeared, and–look!–all things have become new!

1 Thessalonians 4:15 For we declare to you what the Lord has told us to say: We who are alive and remain until the coming of the Lord will by no means precede those who have died.

The Coming of the Son of Man

Matthew 24:30-31 Then the sign of the Son of Man will appear in the sky, and all ‘the tribes of the land will mourn‘ when they see ‘the Son of Man coming on the clouds of heaven’ with power and great glory. (31) He will send out his angels with a loud trumpet blast, and they will gather his elect from the four winds, from one end of heaven to another.”

The dead in Christ will be raised before we are changed when Jesus returns. Paul is explaining what is going to happen to our loved ones who have preceded us in death?

1 John 3:2 Dear friends, we are now God’s children, but what we will be like has not been revealed yet. We know that when the Messiah is revealed, we will be like him, because we will see him as he is.

1 Thessalonians 4:16 With a shout of command, with the archangel’s call, and with the sound of God’s trumpet, the Lord himself will come down from heaven, and the dead who belong to the Messiah will rise first.

Luke tells us Jesus will return just as He was seen to leave, will come down

Acts 1:11 They asked, “Men of Galilee, why do you stand looking up toward heaven? This same Jesus, who has been taken up from you into heaven, will come back in the same way you saw him go up into heaven.”

There are three specific places mention as Heaven.

The archangel’s voice will be one of triumph because of the great victory at the coming of Christ, ending 6000 years of Satan spiritual conflict with God.

The final signal will be the trumpet of God.

The elements consisting of verse 16:

The order of this glorious day, separate events occurring in rapid succession

1 Thessalonians 4:17 Then we who are alive and remain will be caught up in the clouds together with them to meet the Lord in the air. And so we will be with the Lord forever.

Psalms 68:4 Sing to God, sing in praise of his name, extol him who rides on the clouds; rejoice before him—his name is the LORD.

Psalms 97:2 Clouds and thick darkness surround him; righteousness and justice are the foundation of his throne.

As a side, The English word rapture comes from the Latin verb meaning “caught up.  The Greek word is harpazō, har-pad’-zo, G726 means: to seize  catch (away, up), pluck, pull, take (by force).  Occurrences: 13 times

The church will be removed as suddenly and as mysteriously as it began.

This is the “mystery,” a truth once hidden, now revealed by Jesus, which Paul shows

Paul taught us we are to expect our Savior, the Lord Jesus

Philippians 3:20 Our citizenship, however, is in heaven, and it is from there that we eagerly wait for a Savior, the Lord Jesus, the Messiah.

Titus 2:13 as we wait for the blessed hope and glorious appearance of our great God and Savior, Jesus the Messiah.

2 Thessalonians 2:1 Now we ask you, brothers, regarding the coming of our Lord Jesus, the Messiah, and our gathering together to him,

Some Christians believe very strongly that Jesus was going to be back in their lifetime, they started to set dates and stopped work and had to be pushed to return to their jobs.

2 Thessalonians 3:10-12 While we were with you, we gave this order: “If anyone doesn’t want to work, he shouldn’t eat.” (11) We hear that some of you are living in idleness. You are not busy working–you are busy interfering in other people’s lives! (12) We order and encourage such people by the Lord Jesus, the Messiah, to do their work quietly and to earn their own living.

James 5:8 You, too, must be patient. Strengthen your hearts, because the coming of the Lord is near.

Matthew 24:36 “No one knows when that day or hour will come–not the angels in heaven, nor the Son, but only the Father,

Matthew 24:42 “So keep on watching, because you don’t know on what day your Lord is coming.

Matthew 24:44  So you, too, must be ready, because at an hour you are not expecting him the Son of Man will come.“

1 Thessalonians 4:18 So then, encourage {or comfort} one another with these words.

Basically, Encourage, comfort, cheer one another with these assurances, even in the face of suffering and death.

Finally, we should remind one another of this truth as a source of comfort and encouragement in the face of death and to mediate each day on this, When Jesus will return and we are changed at the twinkling of the eye.